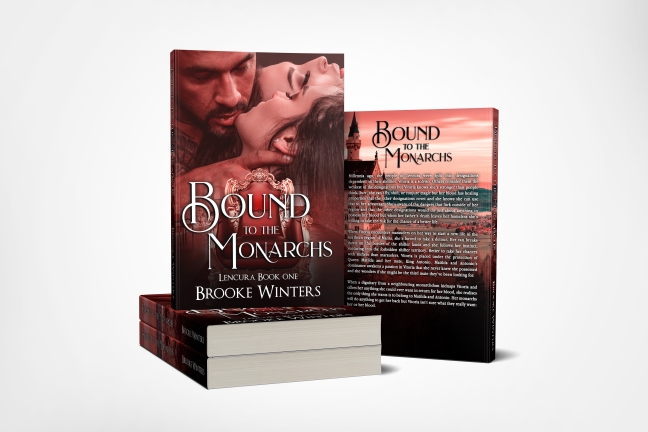 Millennia ago, the people of Lencura were split into designations dependent on their abilities. Vitoria is a solviso. Others consider them the weakest of the designations but Vitoria knows she’s stronger than people think. Sure, she can’t fly, shift, or conjure magic but her blood has healing properties that the other designations covet and she knows she can use that to her advantage. She’s aware of the dangers that lurk outside of her region and that the other designations would do just about anything to possess her blood but when her father’s death leaves her homeless she’s willing to take the risk for the chance of a better life.

When Vitoria encounters marauders on her way to start a new life in the northern region of Malita, she’s forced to take a detour. Her van breaks down on the border of the shifter lands and she follows her instinct, venturing into the forbidden shifter territory. Better to take her chances with shifters than marauders. Vitoria is placed under the protection of Queen Mathilda and her mate, King Antonio. Mathilda and Antonio’s dominance awakens a passion in Vitoria that she never knew she possessed and she wonders if she might be the third mate they’ve been looking for.

When a dignitary from a neighbouring monarchdom kidnaps Vitoria and offers her anything she could ever want in return for her blood, she realises the only thing she wants is to be Mathilda and Antonio’s. Her monarchs will do anything to get her back but Vitoria isn’t sure what they really want: her or her blood.

Amazon will pay me a small fee for any books ordered through these links at no extra cost to you.